All the books here are self-published with Jenika Snow 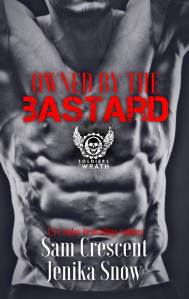 Title: Owned by the Bastard

Self published with Jenika Snow

Demon, the President of The Soldiers of Wrath MC is a vicious bastard, a heartless killer, and has no regrets about any of the violent things he does in life. It is how he survives, and how he keeps his club and his men safe.

Deanna Monte has stayed in the life of her drug addicted, low-life father since her mother passed away. She may hate her dad, but after her mother’s dying wish for Deanna to not give up on him, she knows she can’t walk away.

When Deanna is given to Demon as payment for her father’s debt, she fights with everything inside of here and refuses to submit. But she’s never met a man like Demon, a cruel man that is big and powerful and can take her life as easily as he breathes. She shouldn’t want him the way she does, not after he takes her away from her life, refusing to let her go, and tells her that she is his now.
But she does, and that frightens her most of all.

Pain is a lasting feeling, emotion, and can consume a person without any discrimination. Amy Holland knew all too well what pain did to someone. She has been living with it for far too long, and it is all because of her father.

Reese “Joker” Whitman has put his old life behind him. He is now just Joker, part of The Soldiers of Wrath, an outlaw MC that rules his town. Despite the hard edge he carries around, the violence and destruction he’s been known to deliver, Joker wants Amy, the daughter of the woman his father married. Amy might be considered family, but she isn’t blood, and he wants her more than he’s ever wanted anyone in his life. However, he has to tread lightly, because she’s been hurt, and she may never be able to give herself fully to him.

When she finally sees Joker for who he is, it isn’t fear or pain that consumes her; it is hope and desire. But can she give herself to the biker when she sees herself as too damaged be loved?

Eloise has kept her desires in the dark her entire life. Not sure if she should feel ashamed over her need to have a sexual relationship that consists of pain, she focuses on keeping to herself and knowing that she could never have what she really wants.

Steel is a member of The Soldiers of Wrath MC. He is a man that takes what he wants when he wants it, and is never denied. But he wants Eloise, and her refusal to give herself to him makes Steel want her even more. He’s determined to break the composed and collected exterior that she carries.
When Hanson, Eloise’s boss, attacks her it’s Steel that comes and rescues her. Steel feels something more for the woman that’s seemed to turn his world upside down in such a short time.

But Hanson isn’t about to be put in his place, or lay down without a fight. He’ll show Eloise and Steel that he’ll take what he wants regardless of any threat.

Can Eloise give herself to Steel fully, or will her fear for what she really wants hold her back? And can Steel finally allow himself to commit to a woman, and show her that what she wants is exactly what he desires to give her?

Title: The Soldiers of Wrath 1-3 plus bonus short novella

You can get the free bonus story HERE.

The Soldiers of Wrath MC is filled with, vicious, dangerous men who’ll move heaven and earth to get what they want. Demon, The President, takes a woman to fulfil a debt, but can he give her his heart? Can Joker, the Vice President, help his woman overcome her past nightmares and come to love him? Steel, is determined to make Eloise his, even if it means taking her against her will. 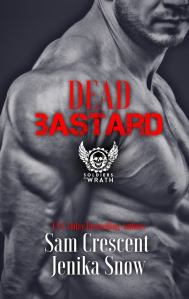 Shakes knew he couldn’t have Daniella, but that didn’t stop him from taking her. Leaving meant betraying his club and going against her father, Zeke. Even though they are being hunted he won’t let her go, he can’t.

But what happens when they are found? Can Shakes give Daniella back to her father? Can he make amends with the MC?

With his patch and life on the line, and the possibility of losing Daniella forever, Shakes must decide which road he’ll take. 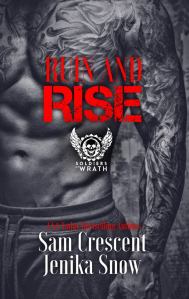 Sometimes falling into the ruin doesn’t me you can’t rise from the ashes.…

Shakes and Daniella went through hell to find their happiness, but it didn’t come without a price. But to keep Daniella Shakes had to lose a part of himself.

Can they really rise from the ashes and not get burned?

But then Daniella and Shakes’s life gets turned upside down again when an unexpected pregnancy strains the already tremulous relationship Shakes has with Daniella’s father, Zeke. And where does Shakes’s fate lie with the only family he’s ever had…The Soldiers of Wrath?

Running from her old life, innocent Elena finds herself thrust into the world of alpha bikers, domination, and freedom. Controlled her whole life, she jumps head first into the safety Striker offers, and she doesn’t look back. When Striker realizes Elena is running from a twisted family and arranged marriage, he offers to help her. It isn’t about Striker being noble; he’s selfish and sees the natural submissive in her.
The Dom in him wants her in his bed, wants to control her in every way. As Elena realizes the kind of relationship Striker wants reaches out to the dark desires she has deep inside, she knows she wants to explore all he has to offer. Her feelings for him grow into something deeper, more intense, and Elena wants nothing more than to accept this new life with Striker, even if it’s totally foreign and frightens her.
When they find that her family is still after her, Striker and the Soldiers of Wrath MC, a group of dangerous and violent bikers, know they must protect her at all costs. Elena chooses to put her life in their hands.

In the end, will Striker want more than just a willing submissive to warm his bed and sate his appetites?

Title: The Soldiers of Wrath Volume 2

This boxed set includes the following Soldiers of Wrath MC:

The Soldiers of Wrath MC is filled with, vicious, dangerous men who’ll move heaven and earth to get what they want. This box-set is filled with alpha, obsessed bikers that will do anything it takes to make sure the women they love are safe.

She was his drug of choice, his addiction. He’d kill for her, die for her. Nerd would walk through hell just to prove he was crazy for her. She was his obsession, and no matter how much she denied him he’d make her see she was it for him. Nerd had never wanted anything for himself … until she came along. Hannah was his everything whether she knew it or not. Nerd just needed to prove to her that underneath the bastard he was they’d be good together.

*Exclusive novella, All or Nothin’, will be included in Lost In You. This novella will feature short stories (a where are they now set-up) from the following Soldiers of Wrath characters: Demon & Deanna, Joker & Amy, Steel & Eloise, and Shakes & Daniella.

Constance lost the only family she had in a fatal car accident. It also left her blind in one eye. With her life seeming like an endless, broken record, she’s never really felt she is living.

But then she meets this hardened biker, one who is so unlike anyone she’s met before. He makes her feel alive, like there’s more to life than just going through the motions.

She feels desire for him, and the things she wants him to do to her should make her blush. But all she feels is heat … so much she’s burning alive from her need.

Vengeance lives the MC life. That means he works hard and plays harder. But when he comes across a woman, this fragile, innocent female, something in him awakens.

He wants her instantly, but not just in a filthy way. He wants to protect her, keep her safe. It’s clear she’s been hurt, and not only because he knows she’s lost her family.

But when Constance starts to feel happy, loved even, she realizes someone has been watching her. They want her, and if they can’t have her they’ll make sure no one does.

Title: The Harder they Fall

Weasel never said staying away from Renee, the sister of Vengeance, a fellow Patch of the Soldiers of Wrath MC, would be easy. But he did it because that’s the right thing to do. At least he thought it was.

He didn’t care that the club looked down at her because of some bullshit concerning Vengeance and words that had been said. Weasel didn’t care because he wanted her, and had for a long time.

Now that she was back in town and staying for the unforeseeable future, he didn’t know if he was strong enough to stay away. Especially when he just made a deal with her that would have her moving into his place.

That was a temptation he may never be strong enough to curb … one he didn’t know if he would deny himself.

Renee knew coming to see her brother Vengeance unannounced might not have been the best idea. She’d said horrible things to him, offended the MC by those words, and she also would see Weasel.

The man she’d been secretly in love with.

Not letting her heart fall any harder than it has for Weasel is easier said than done.

Especially when the truth comes out.

Renee needs to figure out if she can handle what’s thrown at her, or if running away is the best option.

16 thoughts on “with Jenika Snow”