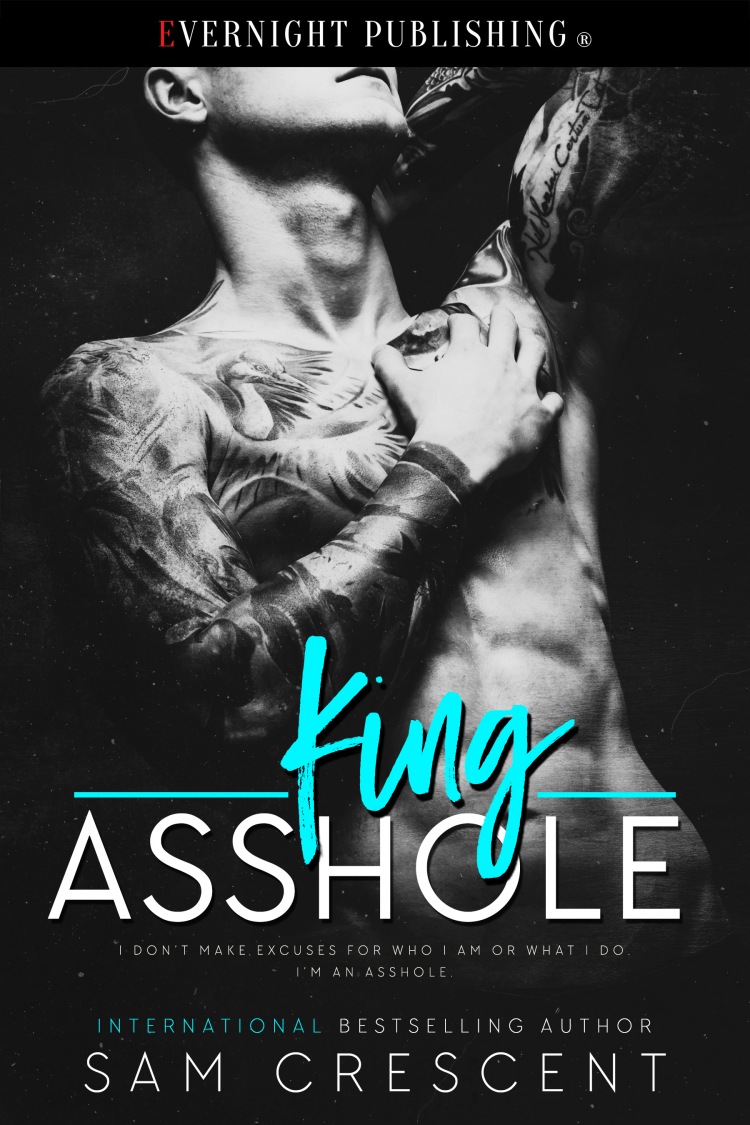 I love women.
I love to fuck.
I don’t return calls. Hell, I don’t take numbers!
I don’t fuck a chick twice—because after once, I have no interest.
I don’t make excuses for who I am or what I do.
I’m an asshole.
In fact, I’m the king asshole, and it’s rather fitting because I’m Jax King, and I don’t do love. Then she came along, and now I’m royally screwed!

She cupped his face, running her thumb across his bottom lip. “They’re your friends, and they need you for their big day. Not because of me. You’re better than that guy. Remember that.” She pressed a kiss to his lips because it felt so natural to do so.

Jax didn’t let her go, his arms staying around her as she did the dishes. He didn’t offer to help, but after a few minutes, his hands started to wander.

She gasped as one hand cupped her tits while the other touched her pussy. She wore some light pants and a shirt as the night was warm.

“I’m not breaking any of your rules right now. I’m just touching you, and that is more than okay. You said so yourself.”

He lifted his hand up and began to unbutton her pants. She tried to focus on the dishes and was pleased that she’d already washed all of his knives. She wouldn’t have been able to concentrate on them and that would have been dangerous. So very dangerous.

He slid a hand inside and cupped her pussy. His fingers moved beneath the band of her panties to touch her. He ran a single finger between her slit, stroking her clit before moving down to plunge inside her.

“Fuck, you are tight and wet.”

“Don’t worry. I’m going to make it feel good. Keep doing the dishes. I just want to touch and play.” His other hand moved up beneath her shirt, cupping her tit. Her nipples were always so sensitive that the first stroke over one beaded tip had her crying out.

He pressed his cock against her ass, and the pleasure from being surrounded was so fucking good. She didn’t want him to stop.

She grabbed the wok and started cleaning it again. He added a second finger inside her, and his thumb began to stroke her clit, running back and forth. She took a deep breath, trying to think of anything that would calm her. She’d been without a man for so long she had forgotten how good it was to be touched.

“Just tell me to stop.” He kissed her neck, sucking on her pulse.

She closed her eyes, forgetting about the dishes as he pinched her nipple at the same time he stroked her clit. The sensations were too much and yet not enough. The dishes be damned. 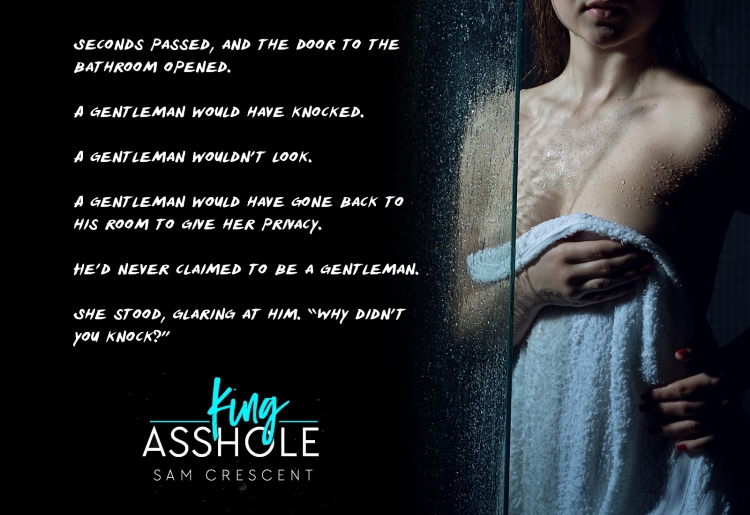 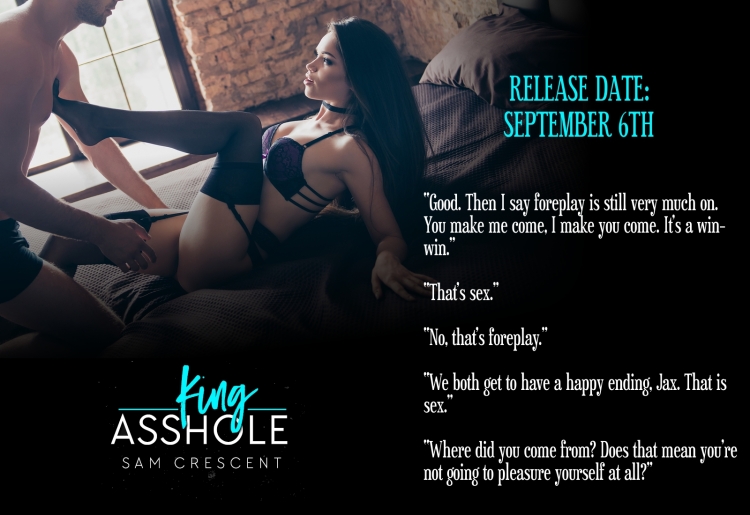