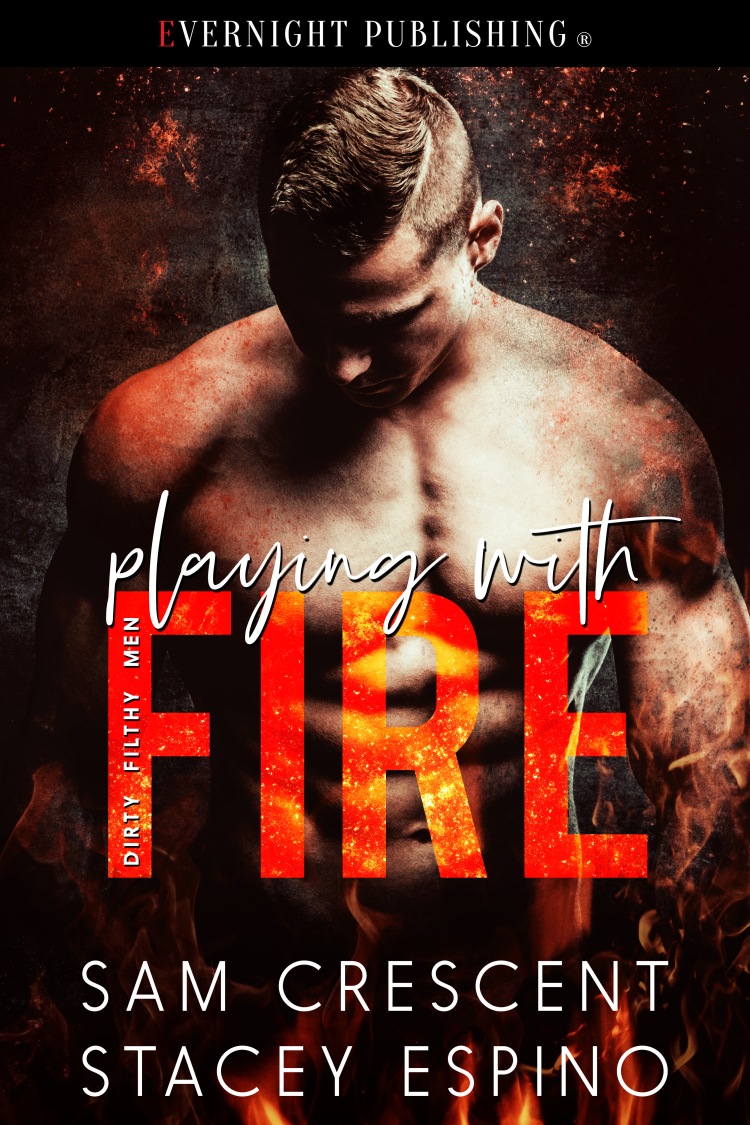 Are there any good men left in the world?

After her boyfriend dumps her for a younger, prettier, thinner woman, Eva decides to hit the road without looking back. She has no destination in mind, and she’s determined never to trust a man again.

Dalton is a firefighter in Hope Springs. At thirty-nine, he’s settled in for a lifetime of bachelorhood—until Eva drives into their small town. She’s skittish, angry, and refuses to give him a chance. But he’s never been a man to give up easily.

Eva quickly learns that small town boys like to play dirty. She can’t seem to say no to Dalton’s strong body and wicked imagination. Giving him her heart is another story. The more she falls for him, the more she wants to run.

They both have demons to face. Can Dalton convince Eva to settle down and give them a chance at forever?

“I wanted to show you something. Come on,” he said. Dalton exited the vehicle, meeting her at the front of the truck. They were close to an embankment that overlooked the town. “Nice view, eh?”

“Wow, you can see everything from here.”

The blue of the sky met the green of the forests surrounding the town. The rooftops looked tiny from their vantage point. She felt like she was on top of the world, like a phoenix starting fresh.

“You should see it when the sun sets. There’s nothing more beautiful.” Then he turned to her, tilting her chin up. “Well, almost nothing.”

He stared at her, the sun reflecting in his blue eyes. Dalton ran the backs of his fingers tenderly along her cheek.

He shut up whatever excuse she hoped to come up with by kissing her on the lips. She was taken aback, but still felt like jelly as he pulled her close, his hand firmly at her back. Eva felt like she was dreaming, overwhelmed by the perfection of the moment.

Dalton leaned back slightly, his hands still possessively on her body. “You drive me crazy. I can’t stop thinking about you. But I’ll stop right now if you want me to.”

Was love a feeling? Was it making her heart race right now?

“Keep going,” she said. “Don’t stop.” Eva had never known passion like this. Kissing, even sex, had always been lackluster and forgettable. Dalton woke up something inside her, and she wanted so much more. Every time she looked at him, she thought of them naked and entwined. This was the beauty of new love, possibilities … and she hoped reality didn’t steal her joy this round.

Dalton couldn’t hold back any longer. Being trapped in the truck with her half the day had his control shot. Not to mention having her in his home. He had no plans of fucking her and walking away, so why keep waiting? She may not trust men, but what better way to prove himself than by showing her he wouldn’t move on after sex? He wanted a woman to keep, not a quick affair. That lifestyle was for younger men too focused on their own pleasure. Dalton was a man, and he knew exactly what he wanted. Right now, he wanted to fuck Eva.

When she gave him the permission he needed to take things to the next level, his cock tented his uniform pants. He imagined she expected some wholesome lovemaking, but she had no clue about the men in Hope Springs. Most had libidos that were off the charts. Maybe it was the water. She’d soon learn that good values didn’t mean boring in the bedroom.

He slipped his hand under the edge of her jeans, loving the feel of her soft skin. Eva ran both her hands up his arms, testing his muscles. She sought more of his kisses, pressing back against his body.

Dalton smirked. Her insecurities were endearing. “I’m not going anywhere. Give me a little trust. Promise you won’t regret it.”

“Okay.” She grabbed a handful of his t-shirt, keeping close. “What are you going to do with me?” Eva was a tease, looking up at him with fire in her eyes. This was one game she wouldn’t win.

“I’m a firefighter. So I plan to strip you naked and fuck you in my truck.”

Her mouth fell agape, so he kissed her again, his tongue pushing inside as the kiss deepened. She wrapped her arms around his neck, standing up on her tiptoes. Dalton backed her up until they reached the front bumper of the fire truck.

He broke their kiss long enough to tug his t-shirt clean off his body, and then he unbuckled and pulled down his zipper. This time he nuzzled her neck, kissing and suckling all her erogenous zones until her breathing picked up. Her little hands roamed over his body—his chest, his arms, his abs. He loved the feel of her.

He’d never felt this excited about a woman before. Her scent, her touch, the sound of her voice, it all drove him wild. The chemistry between them was electric. Every time they made eye contact, something jolted to life within him. He knew Eva was the one.

“I swear I never do this kind of thing,” she said.

He unbuttoned her jeans and pushed them down past her hips, along with her panties, then hoisted her to sit on the bumper. “You have nothing to prove to me, sweetheart. All I care about is right here, right now. You and me.”

Dalton tugged her jeans away and spread her legs, positioning himself between them. Right now was about sating the burning lust. There would be plenty of time for slow, careful exploration and lovemaking—now wasn’t that time. He needed to fuck her hard and quick so he could think straight. With any luck, she’d want to stick around for more.

He was getting sick and tired of an empty house and empty bed. Dalton wanted Eva to realize life in Hope Springs was the answer. He wanted her to fall in love with him, to trust him to always be there for her.

“I can’t believe this is happening,” she said. Eva closed her eyes as he lifted her shirt over her head.

“I love these tits,” he said, peeling the cup of her bra to the side. Dalton leaned down and took her nipple into his mouth, flicking it with his tongue. She had ample breasts, the kind most men only fantasized about. She was going to be all his because he couldn’t imagine letting her walk away after he had a taste.