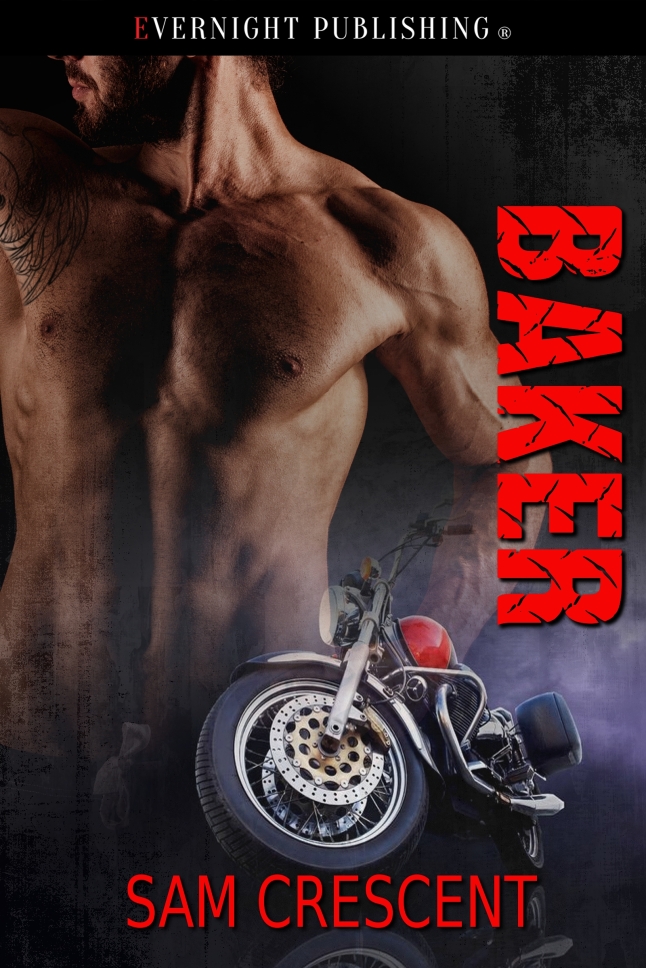 When Baker first saw Millie, he truly believed he was ready to start afresh. The death of his wife and child had left him hollow. It was time to start over and leave his old life behind, without looking back.

Millie was used to coming last in everything, forever second best. There was no way she’d be able to compete with a ghost, so she let Baker go. But years have passed, and Baker is no longer a lost soul. He intends to show Millie the real man he has become. He’s determined to have a future with Millie. With the help of his family, The Skulls, he knows he’ll claim her as his old lady, and his wife in the end. With The Skulls at his back, there’s no chance of failing.

Everything seems to fall into place. Baker has Millie right where he wants her, in his heart, and in his bed. When her sister turns up, trouble comes with her. Can Baker convince Millie that he’ll stick by her? Will Bethany come between them? It’s time for Millie to find out what it’s like to have The Skulls at her back. No one attacks a Skull and gets away with it, and Millie is a Skull, Baker’s old lady, and part of the family.

Baker moaned. “I’m trying to be the good guy here.”

“You are the good guy. I’m not ready for it to go any further. I’ve never seen this side of you, Baker, and I want to get to know him before anything else happens.”

He stroked her hair and stepped away. “I’ll go and take a seat.”

Her lips tingled from the kiss, and she couldn’t wipe the smile off her face. Everything was out of a fairytale. Well, a biker fairytale, but she loved it.

She made them both a coffee, and made her way into the sitting room. Baker was standing beside her book collection. She was a sucker for romances and cookbooks. Other than that, there was nothing else on her shelves.

“Angel has similar collections,” he said, turning toward her.

“I know. She was the one that recommended some of those books.” She put the coffee onto coasters and took a seat, watching him.

This was the first time a guy was in her home, and especially a guy she actually liked.

He moved and took a seat beside her. Resting her hand on her head, she smiled at him.

“Thank you, for giving me a chance. I know it mustn’t have been easy for you to do.”

“It wasn’t. I believe you, and I wanted to go out on a date with you.”

“You know from the first moment I saw you, I knew you were going to be trouble.”

“You didn’t say a lot if I remember,” she said, smiling. “The Skulls had ordered a lot of gifts, and you were there to help bring them into the club.”

“I was. I wanted you there and then.”

“You wore your wedding band.”

Millie stared into his eyes, and she no longer saw the pain that had once been in his eyes. He really had moved on.

Baker took hold of her hand and stared down at her plain fingers. To her they were fat chubby fingers. Brian had complained that he’d have to expand his grandmother’s ring because they were too big.

Wow, twice in one night she’d thought of her ex.

Maybe with Baker moving on, it was time for her to do so as well.

“Nothing. Just thinking about the past, and another lifetime. It’s nothing. I’m going to move on, and completely forget about it.”

“If you want to move on, what do you think of making out?”

“Have you ever done it before?” he asked.

“Not even with your ex?”

“No. Like I said, I thought he was a sweet guy who was considerate. I didn’t know at the time that he was screwing someone else. I haven’t made out with anyone, nor have been felt up before.”

Baker’s hands moved to her hips, and Millie squealed as he moved her over his lap so that she was straddling his hips.

“Then we’ve got to rectify that.”

His hands moved up and down her back, grabbing onto her ass.

“You’ve not seen anything yet.”

His hands moved from her ass, going up to her hair and tugging on the strands. He claimed her mouth, and she cupped his face, kissing him back with a passion that started her. This time, she plunged her tongue into his mouth. Grinding her pussy onto his cock, she wished there weren’t any clothes between them.

“You’re doing everything right.” He pulled her hair, and she followed his hands. Baker sucked on her neck, sliding his tongue down. “I could quite easily sink inside your tight pussy right now, but I’m not going to. Instead, I’m going to touch you. Is that okay, Millie?”