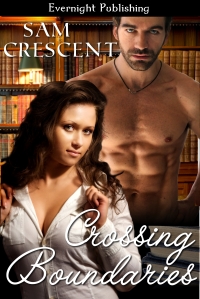 Laura Cox is twenty years old and in love with a man older than her.

Dean Riley has a broken past. He moved to Cape Falls to try and get over the death of his wife and child. He never expected to get involved with a woman. Especially, a younger woman.

Laura and Dean embark on a passionate affair. Neither was prepared for the consuming fire blazing between them. However, an outsider is about to break their budding relationship apart.

Can Dean overcome the death of his wife and learn to accept Laura as she is? What will happen to Laura when the gossip surrounding her becomes too hard to bear? Nothing is certain in the town of Cape Falls.

Title: Belonging to the Steer Brothers

When Anna Myer’s parents died in a car accident, David and Paul Steer took her in and cared for her. For years she nursed a crush for the two men, only to be rejected and pushed away.

Crushed with the rejection and believing the Steer Brothers could never love her the way she wanted, Anna left Cape Falls.

Three years passed since she left the men she loved. Anna returns with a new determination and she knows the secret that David and Paul tried to keep away from her.

There is a rumor that the Steer men share one woman. Anna wants to be that woman.

Can she prove to Paul and David she is the woman they need? Can her men overcome their fears? And after so long of being alone will she finally belong to the Steer brothers? 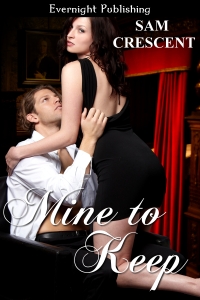 Title: Mine to Keep

Amy Grant survived much at the hands of her ex-husband. Now all she wants to do is live her life and provide a good home for her two children. When complaints from the residents of Cape Falls force her out of a job, Amy has no choice but to turn to Gabriel Anderson.

Gabriel has felt a deep connection to the young mother ever since he saved her from a brutal attack from her husband. He opens up his home to her in the hope she will soon be his.

However, Gabriel holds a dark secret. He is a dominant man with the need to see Amy submit to him. With such a hard past behind her, will Amy be able to accept the kind of passion Gabriel wants? Or can Gabriel finally let the darkness inside him go for the woman he loves? 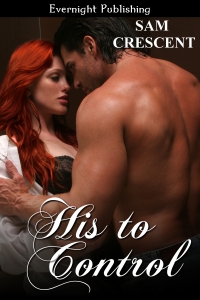 Title: His to Control

Daisy’s life is falling apart. Everything she has known was destroyed the moment her mother revealed the true identity of her father. Throughout her life, no one has wanted her until William enters her life.

His dominance helps her to gain control of her own life. She falls for him hard and she is prepared to do anything, even be under his control.

But how can these two people find happiness with each other? And what will happen when jealousy from someone else threatens to take it away?

Peter has been in love with the same woman for over a decade, but he could never have her. He has loved her for so long that he can’t imagine loving anyone else in his life. In his troubles, his one piece of heaven is going to the library and seeing Rose.

Rose knows all about Peter and his love for another woman. No matter how hard she tries, she cannot stop her feelings for him. Peter is the first man to make her feel alive, but her family is determined for her to be with someone else.

When Peter discovers the abuse Rose is being put through, he sees red. Taking her away from her family, he is determined to make her his.

It’s time to move on, but Peter is not the only one who needs to look toward the future. Cape Falls itself is about to be hit by an event that will leave them no choice but to move on.

Cape Falls is an old-fashioned town, and the past needs to be put to bed. 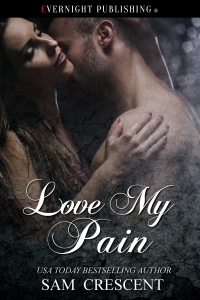 Edward Banner is so out of his depth and he knows it. Falling for a waitress that was younger than him was one thing. Falling for a woman who self-harms, well now that is just another thing all together. He doesn’t understand it. He can’t bear to see it happen, and yet it does. He’s seen it, and there’s no turning back.

Isabel Benson has not lived a great life. Abandoned by her parents from a young age, she was the one who raised her little sister. When the pressures of life got too much, she found one solution to get herself through. The only thing she could ever control, cutting. It’s hers alone. Her little secret until Edward catches her.

He wants her to stop but she doesn’t know if she can.

Can Isabel find the strength to see that she doesn’t need to hurt herself anymore? Will Edward stay true to his word, and stay by her side?