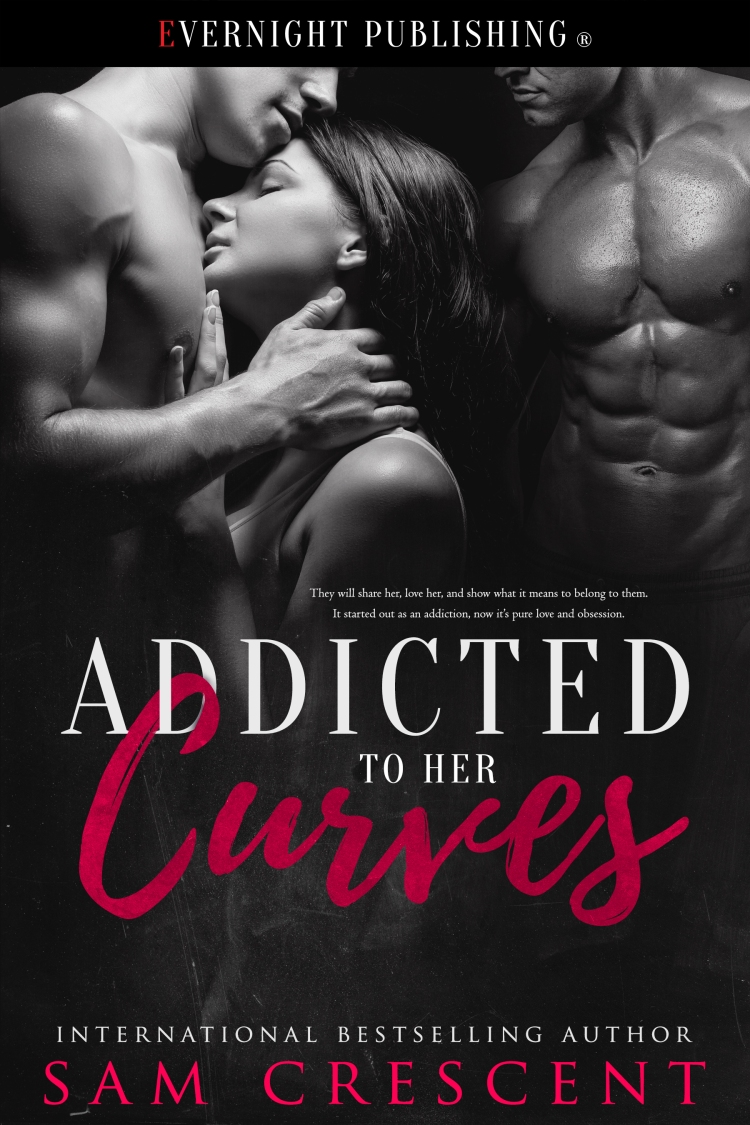 Beau and Scott want Connie, the sexy little bar owner with the best kind of curves. There’s only one problem. They’re best friends and Connie isn’t going to come between them.

The perfect solution? Share her. They want Connie forever and are willing to do whatever it takes to make her theirs, even if it means doing something unscrupulous like getting her pregnant.

Connie doesn’t trust easily and she’s not willing to give everything up for the whims of two men. If they’re going to do this, it has to be in private. But rumors spread and in a small town, gossip runs rife.

Scott and Beau have their work cut out for them. They’ve never been in love before but now that they’ve gotten a taste of it, there’s no going back. They will share her and show what it means to belong to them. It started out as an addiction, but now it’s pure love and obsession.

Scott grabbed her arm. “You don’t have to go anywhere.”

She really shouldn’t like his touch. He tugged her close. The grip he had on her arm wasn’t painful. She tilted her head back, looking at him. “I think it’s best if I do.”

To make matters worse, Beau moved in close, his body heat touching hers.

“You’re both talking in riddles and I don’t know what either of you are implying.”

Her body heated at their closeness. They were both sexy, both too powerful to deny them. Damn it, did she even want to?

This wasn’t fair. Glancing around the fairgrounds, she saw no one paid them any attention. They were just a couple of friends having a bit of fun.

Beau ran his fingers down her arms.

He leaned forward. Scott hadn’t let her go either. Beau’s lips danced across her neck.

She didn’t make a move to pull away or ignore the closeness. What was the point? She’d missed them.

Tell them to back off.

She opened her mouth, about to give them a piece of her mind, only coming up blank. There were no words to attack them with. Why did she even want them to back off? She liked them, a hell of a lot.

“Her nipples are nice and hard,” Scott said.

If it was even possible, he seemed to get closer.

The way he emphasized the word come, it wasn’t about breaking up a friendship, no, he meant an orgasm.

“I think she’s starting to get the gist of what we’re saying.”

She gasped as Scott spun her around. His hands rested beneath her breasts.

“What is going on?” she asked.

“Do you want us both to tell you bluntly what’s going on?” Beau asked. “Or can you guess?”

She tried to step back but Scott’s hold on her tightened. She really shouldn’t like how it felt to be in his arms, but she did. Licking her dry lips, she glanced around the fair once again and Beau got closer.

“No, you don’t get to think about what others think or feel. This is about you and what you feel.”

Scott shocked her as his hand cupped her tit, his palm grazing over her nipple. “But your body has a different idea.”

She couldn’t deny it. Already her pussy was soaking wet.

“It’s obvious, Connie. We want you. We’re going to find a compromise that means we don’t have to pick between our friendship or you. We’re going to share you and the way your body is responding, it’s safe to say you feel the exact same way as us,” Beau said.