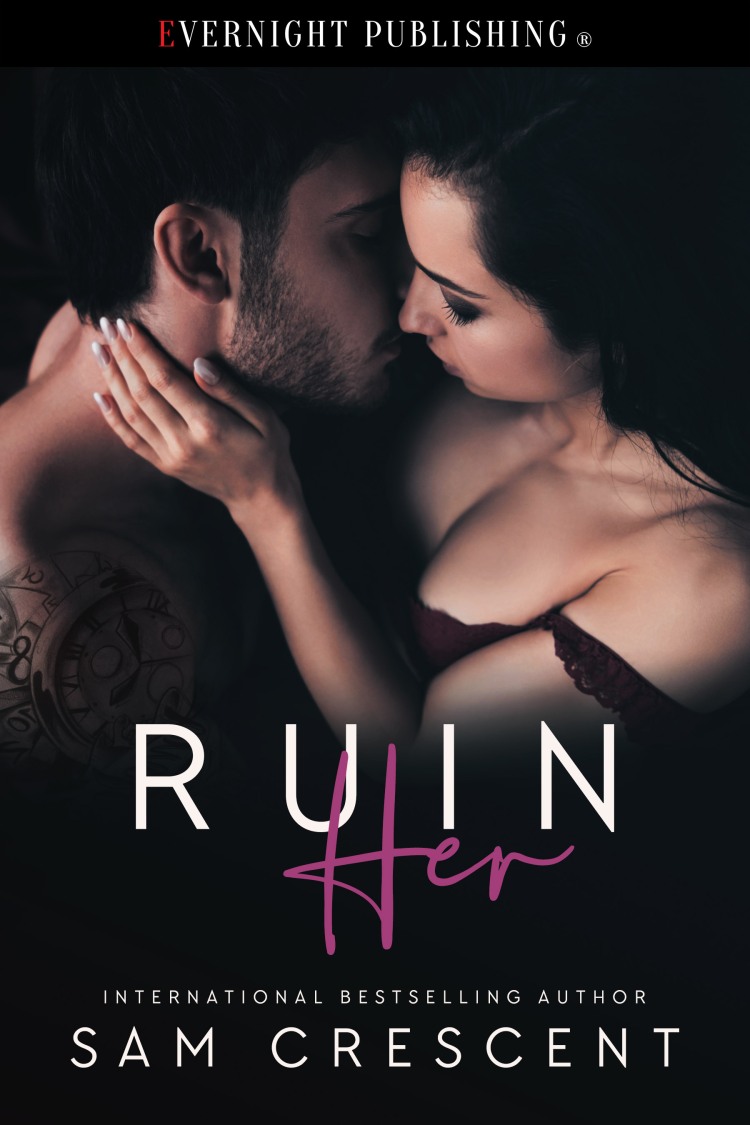 After losing a couple of jobs, Ellie Taylor intends to drown her sorrows. She needs a night of forgetting. At first, there’s no chance of that happening until … tall, dark, and handsome shows up, the kind of guy who makes her melt.

Antonio Rosso gives her an offer she can’t refuse. Her curves draw his attention, and he can’t say no to such a beauty. No woman has ever said no to him, and Ellie doesn’t either. She doesn’t know who he is, what he does, or who he works for.

One night isn’t enough. Two nights won’t cut it either. Not with how addictive he becomes to her complete lack of knowledge about the kind of danger he is. She doesn’t need to know he’s an enforcer for the mafia. But when his others find out Ellie is his woman, there’s no backing out.

He has to keep Ellie for life or kill her. Will Ellie give him the chance to prove to her he loves her?

He heard what Casey said even if she had tried to say it low.

Smirking into his drink, he nodded at the bartender to fill his glass. The confidence the man had shown moments ago was gone. He poured with a shaking hand.

The last bartender had tried to kill Raphael with poison. Antonio had ended him. Covered the club with blood, and it had taken several days for their crew to clean up the mess. Of course, the story had made the rounds among their crowd.

“Nice friend,” he said as his prey was once again alone. He loved her fucking curves. Even though she was dressed in a lot more clothes than the other customers, they didn’t hide her body one bit.

Big tits, the kind he wanted to see swaying in front of him or slapping against her body with the pounds of his cock. Full hips, enough for him to hold on to as he fucked her. A round, shapely ass that he wanted to fuck just as well.

In fact, there were a lot of dirty things he wanted to do to this woman.

“Do you always do the right thing?” he asked.

“Hang out with your friend. Keep an eye on her to make sure she doesn’t do anything stupid. Go home to your lonely place. No man. You’re a babysitter while your friend is living it up.”

“I don’t follow the rules. I take what I want when I want. You wouldn’t know about all that,” he said. “You’re not used to taking what you want. You’re happy for other women to come along and take it from you.”

“I don’t? Then prove me wrong.” He wanted to smile. This was going exactly how he’d hoped.

Yes, this woman didn’t have a clue who he was. There was no fear in her eyes. Nothing. She saw him as just a man. Not a monster, and he really fucking liked that. The women of his world, some of them wanted to fuck him to just have that badge of honor.

“Come home with me and let me fuck your brains out.”

“You think you’re that good?”

“I know no woman has left my bed unsatisfied. Or you can head home and I’ll once again be right.”

“Bartender, give me a shot,” she said.

He watched her as she glared at him. She really was cute.

With her drink full, she downed it in one swallow and grabbed his hand. It took him every single ounce of restraint not to break her arm. No one touched him, not even the women. He held them down and fucked them, telling them what they would do, not the other way around. He had to keep his shit together or he’d mess up.

She pulled him out of the bar, and he sent a quick text to Raphael.

He didn’t get a response but he knew his friend would be busy and he had plenty of soldiers keeping an eye on him.

He snapped his fingers. The valet had already seen him exit and would bring his car. Within seconds, it was in front of him. He helped her into the car and walked to the driver’s side.

Sitting behind the wheel, he pulled away from the bar. She didn’t speak and he took her to the one place he was willing to take her. The apartment a few blocks from the club. It was where he took all of his fucks. Each one always given their marching orders in the morning.

After pulling into the private car park, he locked his car and walked toward the woman. She still hadn’t given him her name, but that was fine, he’d figure it out.

Entering the elevator, he placed a hand on her back. From their reflections in the doorway, he saw she was nervous. Licking her lips and fidgeting.

He smiled. Would she back out?