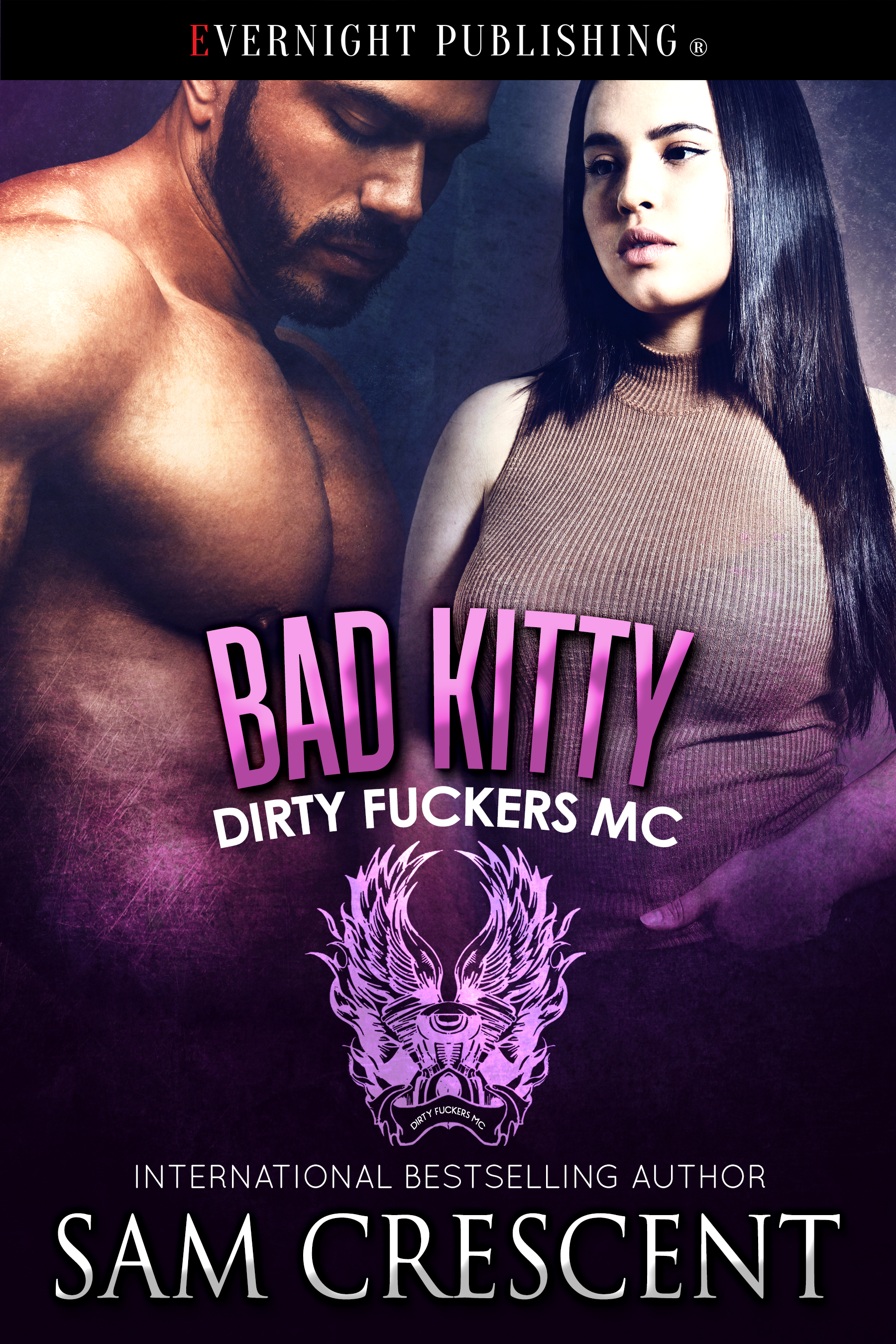 Kitty’s past is filled with horror and pain. If it wasn’t for the group of men now known as the Dirty Fuckers MC, she’d be dead. She sometimes has a hard time being touched, and if she doesn’t do something soon, she’s going to lose Caleb, who’s been waiting on her for years.

Caleb knows how to work and play within Kitty’s rules, but it’s tearing them apart. She allows him to punish her but not to pleasure her, and she limits the actual, physical touch between them.

With Caleb hopeless over Kitty, the fight scene in Vegas calls to him, along with the past he tried to leave behind. When his Prez advises him to get away for a few days at the club’s private cabin, Caleb accepts. What he never expects is for Kitty to come and join him.

She’s tired of her past getting in the way. She has to do something now or risk losing the only man she’s ever loved.

Can Kitty bring herself to allow Caleb into her heart, to touch her body, to give him everything? Or will she lose Caleb to Vegas?

Tonight, he had no intention of touching her, not once. Wrapping his fingers around his cock, he worked from the tip down, pulling back his foreskin to reveal the mushroom tip of his dick, then up.

Pre-cum leaked out of the tip, and he rubbed it into his cock, getting it nice and slick.

Her gaze was on his actions. Her cheeks were red. She kept licking her lips and he wanted nothing more than to kiss her, but he stayed still, keeping to his chair.

“What are you feeling right now?” he asked.

“You want to get naked for me?”

She nodded her head.

She stood up, and he watched as she wriggled out of her pajama shorts and then her shirt. She was completely naked.

Her body was full, round, curvy, exactly the way he loved it. There had been a time she’d been all skin and bones. In the past few years he’d made sure she’d eaten properly and gone to all the necessary lengths to take care of her.

Kitty sat down, her legs pressed together.

“Now, tell me what you’re feeling,” he said.

She touched her tits, cupping the mounds, sliding down, resting on her stomach, then down to her pussy, cupping herself.

“I’ve been thinking about you touching me.”

“Here.” She kept her hands between her thighs.

She hesitated for a split second.

Patience was one of his virtues, and he waited for her to make that choice, to take that next step.

She leaned back on the sofa and brought her legs up, spreading them wide. He saw her pussy. It wasn’t the first time he’d seen her, and it wouldn’t be the last either. One day, he was going to make her come with his mouth, her thighs squeezing his head as she screamed his name.

Until then, he worked his cock.

“Then put your fingers on that pussy, Kitty.”

She followed his orders, and he saw she was aroused. The lighting in the room shone down on both of them, showing her soaking wet cunt.

Slowing down his own movements, he watched touch her slit. He didn’t like how hesitant her own touch was to her body. That wasn’t good for him. She should know what she liked, how her body responded to a light touch or a hard one, if she liked it to bite just a pinch or to be soft.

He’d make sure by the time they returned to Greater Falls that Kitty could bring herself to orgasm, and know how to touch herself.

“How does that feel?” he asked, watching her stroke her clit. She looked so pretty, legs spread, eyes a little wild. She looked perfect to him, open, vulnerable, but the trust in her eyes affected him. He would do anything for her to look at him, knowing he’d take care of her. Not a moment went by when he didn’t think about her and want her to have everything her heart desired.

“Touch your clit slowly, Kitty. Show me how you like it.”