I just wanted to let everyone know that my next release, Daddy’s Boss, is now available for pre-order. 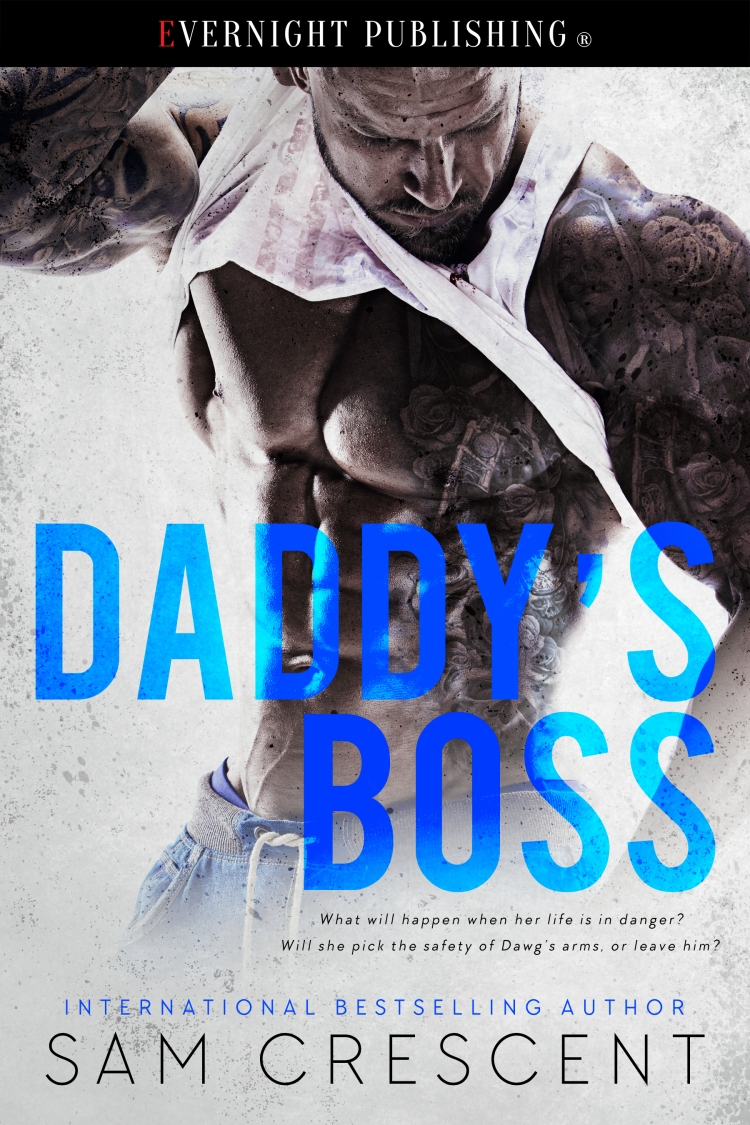 Lori Kinsley is tired of trying to save her father. He gets into one mess after another, and it’s only because she promised her dying mother that she’d keep an eye on him that Lori helps him. He’s now stolen from one of the most dangerous men in the city, Dawg Hampshire, and it’s up to Lori to pay the price.

What does Dawg want? Simple, he wants her.

Dawg has been planning this from the first moment he saw Lori. When she agrees to belong to him, he doesn’t intend to scare her off. He’s in this for forever. He’s seen the darkness in her eyes and intends to find out what put it there. When he learns the truth and Lori’s biggest secret, Dawg knows he will do everything in his power to protect her so she never has to witness that kind of brutality again.

But can Lori allow herself to fall in love with a man who kills? Does she even want to? And when Dawg’s “business” puts her life is in danger, will Lori pick the safety of Dawg’s arms, or leave him?