How is your 2018 shaping up? Are you reading lots of amazing books. Well, I hope you’re not bored of me yet as I’ve got lots of yumminess planned. Let’s face it, I’m a sucker for Devil and this series. Natalie’s Choice is coming January 19th, and I’ve got the pre-order links below.

Change is coming to the Chaos Bleeds.

Natalie Pritchard doesn’t want to come between the men of Chaos Bleeds. So when Slash and Butler both try to compete for her, she’s not having any of it, and steps away from them.

Slash is pissed. He’s wanted Natalie from the first moment he saw her, and he knows that Butler only wants her because he can’t have someone else. There’s no way Slash is going to lose the only woman he’s ever loved, especially when he’s not even gotten her yet.

When Natalie goes on a date with an old friend, Slash is tempted to follow her, but decides against it. When they get a call to say Natalie’s been badly beaten, Slash knows he’s wasted enough time. He should have been there.

Waking up to see Slash there, Natalie is brought back to the first time she saw him, how he made her heart flutter, and the crush that thrived before her father died.

Will Slash finally be able to woo his woman, and to have the family he’s been craving? Will they get their happily ever after?

Do you remember that I write with the awesome Stacey Espino? Well, our first book of 2018 is heading your way on January 25th. Here is a cover reveal though, and I totally love it. 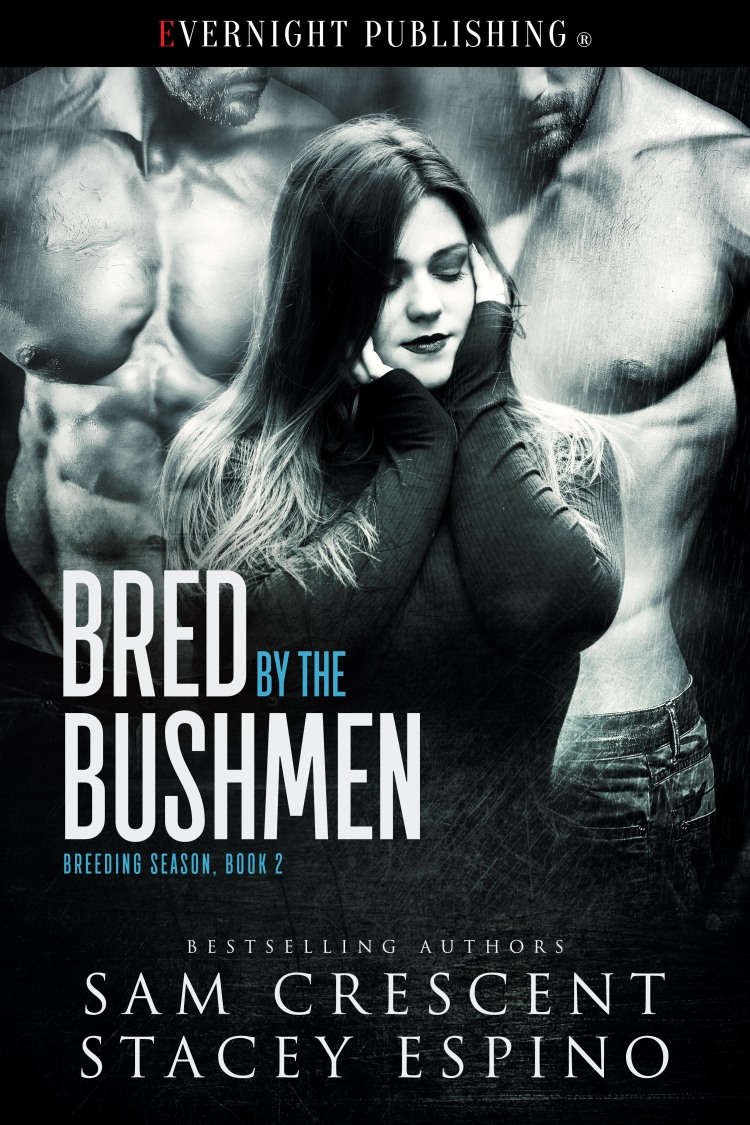 After nearly ending her own life, Opal books a soul-searching Alaskan wilderness tour. She’s used to loneliness and rejection, but needs to learn how to love herself. When things go horribly wrong on the tour, she finds herself cold, alone, and facing certain death.
Caleb and Damon have the perfect life. They live off the grid, far from society and its destructive influences. But it doesn’t take long for the White brothers to realize what’s missing. They need a woman, and crave a family of their own. When their dog leads them to a lost hiker in the woods, they swear she was dropped straight from heaven.
It will take a lot of hard convincing for the bushmen to prove life at their cabin is better than what Opal left behind in the city. And they won’t take no for an answer. They plan on keeping Opal, loving her, and filling her with their baby.