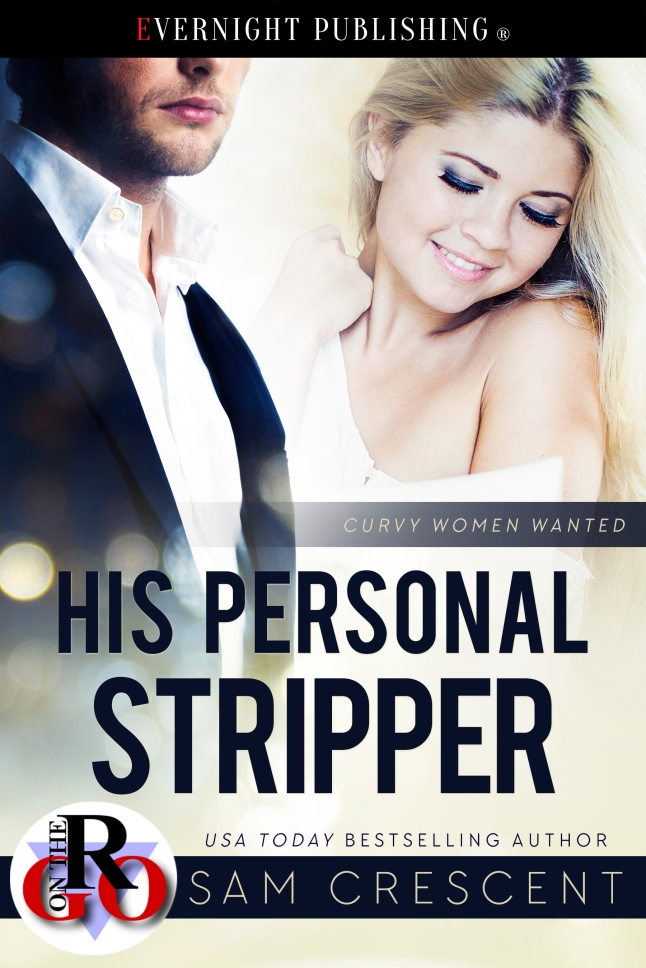 The moment Jack sees her curvy figure and blonde hair, he knows he wants her. Everyone has a price, he just needs to find out what hers is.

Rachel is completely broke and been out of a job for a long time. She’s nearly homeless when Jack propositions her. Being one of the richest men in the world, he’s used to snapping his fingers and getting what he wants—Rachel knows what he wants. He wants sex, and all kinds of dirty things. How can she deny him? She’s broke. Being whatever Jack wants is the only option.

Jack wants everything. Her company, her body, her heart, her soul, but first, he’ll settle for her stripping for him. He loves watching a woman undress and all he wants is to see Rachel’s lush body revealed to him. But what happens when Jack makes it clear he wants more than just a stripper and a fuck? He wants forever—Rachel as his wife, and to put his baby inside her.

From stripping to sex, can it end in love?

There was no way Rachel could deny that he knew how to kiss. Jack completely consumed her, making it impossible to think or want anything else. Slowly, he pulled away and she opened her eyes, only then realizing that she’d closed them.

“Does that answer any questions?” he asked.

He ran a thumb across her lip. “I think it answers mine. Tell me, Rachel, are you wet?”

Heat filled her cheeks. She’d never been with a man so blatant. When she made to hide her face, he captured her chin and shook his head.

“Never hide from me.”

“Becoming mine, you’ll have to get used to it. I don’t allow anyone that belongs to me to hide. Not you, not anyone.”

“Good. Now imagine what it would be like to have my cock sliding inside your pussy, desperate for more. I’ll make it so you forget everything else, and everyone else.”

“What you want is your own personal toy.”

“The thing is, Rachel, I could have any woman out there. Click my fingers and they’ll come panting for more. I don’t want anyone else. I won’t have anyone else. I’ll be yours, and you’ll be mine.” He leaned in close, kissing her neck. “I can give you the world.”

She closed her eyes, thinking about that empty apartment with the mattress. The fact her landlord hated her and wanted to kick her out. All it would take was him to get off his lazy ass to get her stuff out, not that she had all that much.

Tonight was the first good meal she’d had in a week. She’d been eating ramen noodles and anything that was cheap.

After so long without any work, people didn’t want to hire her now. She’d gone from one bit of bad luck to another.

She didn’t want to starve or end up on the streets. This was her biggest lifeline.