I’ve wanted Maddie since the moment she transferred into my class two months ago. She’s gorgeous, legal, and seems innocent, but she’s also a tease. Those tight little shirts and short skirts she wore gives me enough visual ammunition, and I was not ashamed to admit that I’ve thought about her more than once when I was alone.
As much as I should feel shame for wanting one of my students, there’s something about her that made me go primal and feral, made all common sense leave me. She was all I wanted, and it’s enough to make me risk everything for a taste.
Now, she wanted private tutoring, and no way in hell could I pass that up. School might be out soon, and I knew I should wait, but I was too hard up to say no, or to stay away from her.

Warning: This story will feature an over the top and completely obsessed alpha hero. It will also be slightly unbelievable (but only in the best kind of way), and is focused on the hero taking what he wants from the heroine. It mainly focuses on the dirty, raunchy, and oh so tasty aspects of a story. If you’re up for a short filthy read, enjoy!

He’s an arrogant bastard, a manwhore, and a guy I’m forced to live with because my mother married his father. A part of me hates Derek because of the way he flaunts himself, because he doesn’t seem to care that he uses women like they are nothing more than a body to warm his bed for a few hours. But what I hate even more is the fact that I want him. The more he teases me, brushes up against me as we pass each other, and slips in dirty innuendos during our conversations, the more I want to slap him, and then give myself to him like so many other women have done.

I know Charlotte hates me, loathes me, and thinks I’m a player, but what she might not know is that those little touches I give her, those filthy little slips in the conversation that have her blushing and getting embarrassed, turn me on like a fiend. I never said I was a good guy, and that I didn’t sleep around back in the day, because I did. But I’ve never wanted anyone the way I want her. My past is tainted, but how surprised would she be if she found out I haven’t been with anyone in longer than I cared to admit? How shocked would Charlotte be if I admitted I’ve stayed away from other girls because I want her that badly?

Warning: This story will feature an over the top and completely obsessed alpha hero. It will also be slightly unbelievable (but only in the best kind of way), and is focused on the hero taking what he wants from the heroine. It mainly focuses on the dirty, raunchy, and oh so tasty aspects of a story. If you’re up for a short filthy read, enjoy! 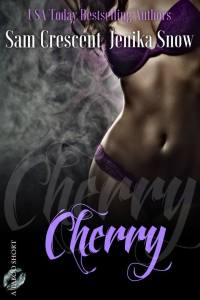 I needed money. I have debts I didn’t even know I had until it was too late. I’ve got nothing, no way out, but I do possess something of value … my virginity. Can I sell my virginity to the highest bidder?

But it’s too late to back out. I’ve been bought and am on my way to his hotel room. I’ll be his in any way he sees fit, because tonight, my body belongs to him.

I’ve never had a virgin before. But seeing Sasha on that stage with all those seedy bastards looking at her, I know what I want, the lengths I’ll go to have her. I want her beneath me. I want inside her. Her cherry will be mine.

But once I have her, will once ever be enough? 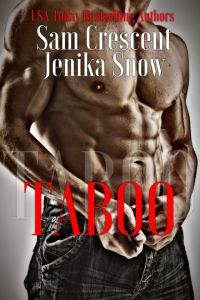 I’ve been a figure in her life for longer than I can even remember, and although I was married to her mother at one time, my feelings for Poppy have grown over the years. She’s smart and beautiful and knows what she wants in life. I shouldn’t want anything to do with her sexually: she’s much younger and we have a past. But I want her, and screw anyone that says I can’t have Poppy.

I should be ashamed that I jerk off thinking of her, that I can’t even get hard with another woman. But I’m not. I’ll have her, one way or another, and damn the consequences.

He was married to my mom at one point, been a person I’ve looked up to and respected. However, things have changed… I’ve changed. I shouldn’t want Alexei because of the history we share, but I’m an adult and have needs. And he’s the only man I’ve ever wanted.

This is wrong, taboo, but I am tired of being proper or appropriate when it comes to Alexei.

I’d been called cocky plenty of times during my life, and I revealed in it. But then she came along, the sister of my friend and fellow cage fighter, and the only thing I wanted was to be good enough for her. 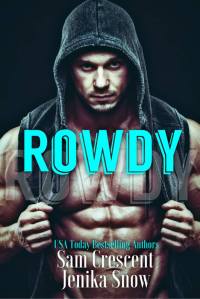 From the moment I saw Cassandra I wanted her, but she was the daughter of my trainer, and I knew she was off limits. Even if she gave me the time of day, I knew I could be overprotective, dominating, and infuriate a person to no end. It’s how I was, and I couldn’t change that, even if I did have the balls to be with her.

I wanted a guy I couldn’t really have. My father trained Rowdy, and I knew the fighter would never be with me because of those ties. But I’ve wanted him since I was sixteen years old. Five years later and I’m still pinning after a guy that probably doesn’t even see me as more than his trainer’s daughter.

But then we’re at the same party, the alcohol is flowing, and the inhibitions are down. I find myself in bed with the one man I’ve wanted for years, and the one thing I can’t stop thinking about is what will happen when morning comes.