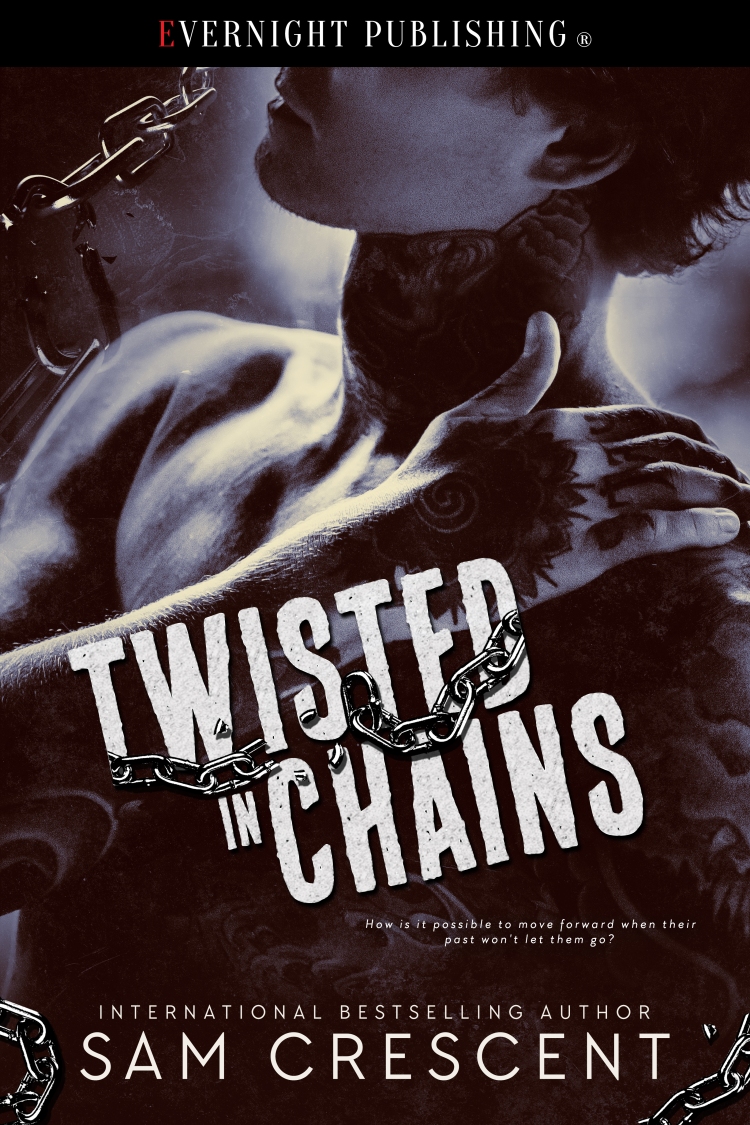 Skye and Noah have been taken. They’re trapped and at the mercy of strangers. To survive they must count on each other—only, they’re not friends. They are worlds apart, but they must do whatever it takes to survive their new, brutal world.

Noah is not used to being at anyone’s mercy. He’s always been strong. Something is wrong, though, and he can’t fight his way out of the shithole he’s been forced into. The men who have him know he’s weak, and when they make him hurt Skye, he has no choice but to do their bidding, or she will face even worse at their hands.

They have only one chance at escape, but the instant they taste freedom, both know their lives will never be the same again. They were chained up, abused, humiliated, and they know people paid for the privilege to see them. How can they move on from this?

Is there any way for them to have a normal life? They’re twisted. They’re fucked up.

And there’s no one else they can turn to but each other.

**This is a dark book with many triggers.

“No, I don’t feel fine. What is going on?” She pressed her hands to her face, and still nothing became clear.

“Do you know your name?” he asked.

“Why are you asking me so many questions?” She didn’t want to think right now, or focus, or do anything.

This was what happened in movies to really popular girls that were nothing like her.

She licked her dry lips, staring at him. “Skye. My name’s Skye Carver.”

“Noah King. I’m eighteen years old, star of the football team, and you’re my tutor. I’ve been flunking in English and science, all of them. You’ve been helping me. What is the last thing you remember?”

“Please, Skye. We need to keep our heads right now. I need to know everything, and so do you. We were both hit pretty bad.”

“I wanted to talk to you about the studying.”

“Yeah, you wanted to quit and have me do all of your assignments. We got into an argument—”

“And woke up here,” Noah said.

“Me too. I woke up a few minutes before you.” He held up his cuffed wrist. “You’re on the bed, no cuffs, nothing. I’ve been nominated to be chained to a wall.”

She crawled off the bed and headed toward him, determined to get to him.

Her body wouldn’t work the way she wanted it to, and she had no choice but to grit her teeth to keep on going, to keep on trying.

“Drugs,” Noah said. “Clearly to keep us sedated as long as possible.”

She got to where he sat and touched the cuffs, following the link to the wall. There were bolts on the wall. She gripped the metal chain, putting her feet to the wall and starting to pull.

As she let out a cry, the metal dug into her hands, and she released a sob.

“It’s fine. Don’t hurt yourself.” Noah captured her hands, holding them in his. “Don’t do anything stupid.”

“Stupid? Noah, look around. We’ve been kidnapped. We’re somewhere in the middle of nowhere. I’m trying not to freak out right now and totally failing.” She sniffled. “I’m scared.”

“I know.” He gripped the back of her neck, pulling her in close. The small movement made pain explode behind her eyes, but she didn’t tell him to stop. “We’ll get out of here. I promise.”

“We don’t even know where here is.” She lifted her head up and glanced around the room. A single light lay in the high ceiling. No window in sight and only one door. The room had one bed, a toilet, and that was all. Not even a sink.

“It’s got to be out in the sticks somewhere.”

“Noah, we don’t even know how long we were out. For all we know we could be in a foreign country or something.” She rubbed at her temples. Getting to her feet, she touched the wall.

“I don’t know.” She moved to the door and tried the handle. “Hey! This isn’t funny. We’re just kids. Let us out.” She slammed her hand against the door, wanting to leave, to be free.

“I just want to go home. I want to go back to where everything was normal.”

She heard movement behind the door, and she jumped back in time before the metal door hit her in the face.

With the sudden rush avoiding the door, she caught herself off balance and fell on her ass.

Scrambling back from whoever it was, she went to Noah. Looking up, she saw three men.

Warning: this is the mindfuck book and is not like my other books.