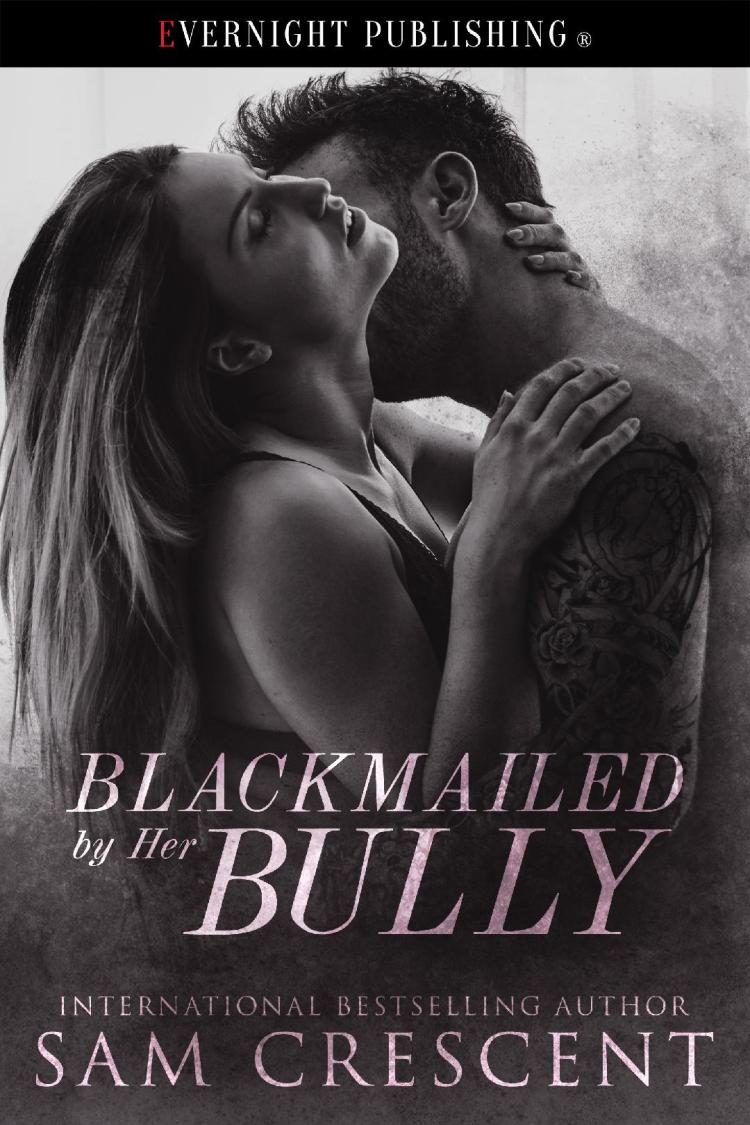 Twelve years ago, something happened to Ava Marshall, and rather than hide it, she reported it. All this time, she’s believed the man responsible paid for his crime, but she is about to learn nothing is as it seems.

Logan Stanford had his whole life torn from him for an act he didn’t commit. Sent to the gutter, he has built his way back up, and now he’s more than a bully from Ava’s past. He’s the nightmare that is going to make her pay. He’s set to hurt and humiliate her in every possible way. There’s no escape for her.

But the truth will set her free, and when it does, Logan has to face the fact he has hurt the wrong person. Torn between his need to keep her and his guilt, Logan doesn’t know what to do. He’s a selfish bastard who is used to taking what he wants, but he has to let her go.

Only, Ava doesn’t want to be let go. She has spent too long living in the past, and it is time to move on and finally live her life.

Will Logan give her the chance, or will he push her away?

“This is what you wanted, right? Me at your mercy. You’ve got it. I can’t even leave town. No one will help me unless I walk right on out of here, and I can’t do that.”

“I know.” She didn’t say anything more.

He stared at her. Her eyes were puffy, bloodshot, and her face looked a mess as well. Devoid of makeup but she looked deep in despair.

“You didn’t have to come to me for help, you do know that.”

“Now you have some fire in your gut. You think you can call the shots here, is that it?”

“I don’t think anything. I’m just trying to get through all of this. What is it you want?” she asked.

He leaned back in his chair, staring at her.

Women had been coming to his home for the past couple of days, begging for his attention, offering up their bodies, and he’d denied them all. There was only one woman he was interested in. Hunter had told him how within an hour of the videos being released, she’d become public enemy number one.

He got to his feet and rounded the desk, standing in front of her.

She had the prettiest hazel eyes he’d ever seen.

“I’m heading out to the city tomorrow. I want you to come with me.”

“Nothing is keeping you here, and I have no desire to be in such a fickle town. If you’re willing to hand over your body and your life to me, I will protect you.” He shoved his hands into his pockets. He’d never intended to make this kind of deal.

When he started this path of revenge, he’d planned to crush her, to destroy her, but after Hunter had told him what people did to her … he wasn’t happy. This didn’t give him any kind of pleasure to know her struggle.

She burst out laughing. “You expect me to believe you’re going to protect me? You. You released those videos. You had possession of them.” She ran fingers through her hair, turned her back to him and walked a few steps, before turning, and walking back to him. She blew out a breath. “This is so crazy.”

“So is being dragged down to a station on charges that are bogus,” he said.

“I’ve told you already—” She stopped holding her hand up. “You know what, I will make you eat your words. I will win this.”

“Oh, I look forward to the fire. It’s about time you start fighting back. Whatever you think it is you need to do. I’m all ears. Until then, you’ve got to make a choice. Belong to me or be at the mercy of a town that has turned you to shit.”

“Wow, not a whole lot of choices.”

He shrugged. “You should have stayed. You called my bluff, and I don’t like to have that happen. I would have kept those videos private, but you pushed the issue.”

“What exactly will I have to do?”

He smiled. “It’s nothing illegal. You will belong to me, and in doing so, I’ll protect you.”

“Belonging to you? What exactly does that mean?”

“You’ll do exactly as I tell you. No questions asked. Your body will be mine. When I tell you to ride my dick, you will worship it. You’ll do everything I say.”

“If I share you, I’ll be the one to make the decision.”

“Then be sure to let the door knock you on the ass on the way out. You’re mine. You don’t get a fucking say in doing anything. Your call, Ava, but you’re wasting my time.”

Time passed, and he grew even more curious as to what she was thinking or feeling. Ava wasn’t easy to read.

“If there’s something I can’t handle, will you call a stop to it? I mean if I’m afraid and I can’t stand what is going to happen. Will you force me to keep on going or will you show some compassion?”

He leaned back in his chair. “Yes.”

She breathed a sigh of relief.

“I’m not a monster, Ava. I’m not going to make this easy on you though. I will have to be sure you can’t handle anything. You’re at my mercy, and if I think you can take something, I will make you get past your fear.”

He shrugged. “The options are in front of you. I will be leaving in ten minutes. Make the decision and join me out in the car.”

“I haven’t packed or anything.”

“Don’t worry, I’ll buy you anything you need.”

He got to his feet and headed out of the office.

Hunter leaned against the car, staring straight ahead.

“What is she doing?” he asked.

“Making a decision. This town is leaving a bad taste in my mouth, and I want to go.”

“If she’s not out in ten minutes, we leave, no looking back.”

Pulling out his cell phone, he made a note of the time.

It took Ava three minutes to make a decision.

She rushed out of the house and didn’t wait for Hunter to open the door. She climbed in beside him, buckling her seatbelt.

The deal was set.