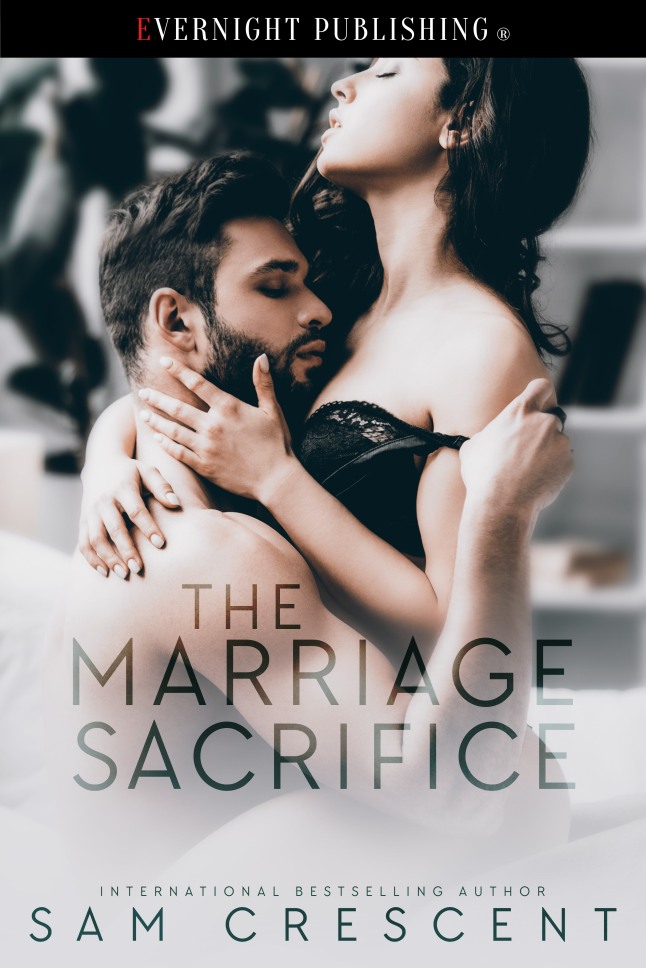 Sage Boyle doesn’t want to get married, and she certainly wants nothing to do with ultimate playboy Dominick “Dom” Duke. She has her own life far away from the limelight, and she doesn’t want her life to change to satisfy her greedy parents.

Dom has a problem. His father made one too many bad investments, and the company is on the verge of bankruptcy. So even though he once promised Sage he wouldn’t force her into marriage, he doesn’t have a choice. He has to marry her for the sake of the company and all the people relying on him to keep it going.

He has to make Sage fall in love with him, or all is lost. Women do love him, and he’s had more than his fair share of experience, so getting Sage to fall shouldn’t be too hard.

What Dom never anticipated doing was falling in love himself. Sage is not like anyone he’s ever known. She’s funny, strong, independent, kind, loving—everything he’s ever wanted in a woman.

When she learns the truth, is it too late for Dom to be honest with her? Or have his secrets risked losing Sage forever?

“Wouldn’t it just be easier to learn how to cook?”

“I’m going to convince you,” she said.

“Convince me of what?”

“To cook for yourself. I believe everyone should be able to cook and have a right to cook themselves. I’ll teach you.”

He laughed. “You’ll teach me?”

“One of my nannies. She made everything from breakfast, through to lunch and dinner. I also make a damn good chocolate chip cookie.” She winked at him. “Don’t worry, you’ll be able to do this in no time.”

“Yeah, I don’t see that happening.”

“Stop being such a drag. Come on. This is going to be a lot of fun.”

“Your idea of fun and mine are two different things.”

She rolled her eyes. “Spoilsport.”

Sage gasped as he moved up behind her. She’d already started to unpack the bags of goodies they’d purchased together. She was going with a stir-fry. They were quick, easy, and a lot of fun. She’d been experimenting with them for ages.

Her mind went completely blank as he pressed his rock-hard cock against her ass.

“I’ve got something to ask you, Sage.” His lips nuzzled her neck, and she closed her eyes at the temptation he was presenting her.

From their kiss that afternoon, she’d been thinking about nothing but. She’d wanted him to push all of his stuff off his desk, and to take her right then and there.

She didn’t need for it to be prim or proper. She wanted the display of manliness.

When the kiss had come to an end, she’d wanted to beg him for more, but she’d not taken. She’d let him lead.

One of his hands was on her hip, and the other had moved some of her hair off her face.

He was wasting time. She would start putting her hair up because it was becoming way too much of a distraction for the both of them.

Biting her lip, she opened her eyes, staring straight ahead.

She put the eggs down on the counter and spun so she could face him. “No. I didn’t wait around for you, Dom. You were out partying and we had a deal we wouldn’t be marrying each other, so I didn’t think I was breaking any code.”

“You weren’t.” The fingers on her hair moved down, and he cupped her breast. “And now?”

“Now?” The tips of his fingers stroked across her nipple. It had been a long time since she’d been with a man.

She did only have one boyfriend before her engagement with Dom. It didn’t exactly last, and since then, she’d been losing herself in her projects and her work.

She was super-aware of his touch, the fingers on her tit and the hand on her waist. It wasn’t enough, and yet, it felt like something amazing.

“Is there anyone in your life now?”

“No. I wouldn’t be engaged to you if there was.”

“Your parents would have made them disappear. They want this union between us,” he said.

“In case you didn’t notice, I don’t take orders from my parents. I do what I want.”

“And to hell with the consequences?”

“No. I think about everything.”

“Do you have any idea what you do to me?” he asked.

He slammed his lips down on hers.