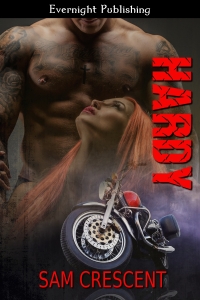 Ten years ago Hardy made a mistake and it nearly cost him Rose. Instead of facing the harsh reality of what happened, Hardy pretended it didn’t. Now, Rose has left him once again, only this time she’s not coming back. He can’t live without her. She is his reason for living, and with her being pregnant, he has to find a way of winning her back.

For too long Rose made all the changes in her marriage. She’s done with fearing what might happen with Hardy. The baby growing inside her is all she needs. What Rose didn’t plan on was for Hardy to completely change, becoming the man she always wanted in her life.

Can their marriage heal from old wounds? Can Hardy prove to Rose that she has nothing to fear? His love for Rose is his reason for living. Will she stick around to see how good it could actually be for them? How far will Hardy go to win the woman who owns his heart?

Zeke isn’t a hero, has never seen himself having a happily ever after. He’s been called many things: evil, twisted, sadistic, and dangerous. He is all of those things and more. He revels in them, embraces it, and uses it to make himself more powerful. He is a bad man all the way through.

But then there is Alessandria, a woman chained, crying, frightened The sadistic part of him wants her all for himself. He’ll show her that the type of pain he wants to give her will ultimately bring her the pleasure she yearns for.

Will Alessandria be able to handle the monster inside of Zeke, or like so many others, will she run?